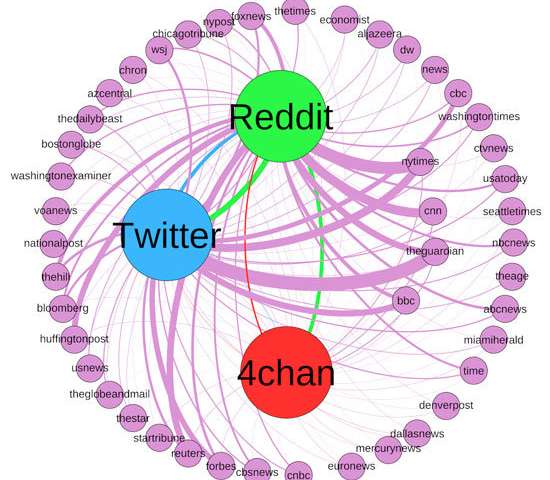 And everyone of us in the IT field is guilty of letting them stay up. Let's face facts here, as sites like Reddit and Twitter refuse to tackle their ever growing number of nazi's I have come to realize that there really isn't so much of a difference between these 3 sites. All three allow their users to post all manner of porn. They only get involved if there's a subpoena involved or a massive media blitz. They have become havens for far right and extremist groups. And of course the big one is that you can remain effectively anonymous. It's a sad day when tumblr is somehow the better site moderation wise.
The worst thing though, I suppose, is that we by and large have basically just allowed this. Every system administrator I know has at some point been tied up with a project or company that's less then good for the whole of humanity. I have to count myself among that list, having worked for a shell company that was part of a greater pay day lending scheme based out of my home town.
Much like scientist in jurrasic park, we were so busy asking if we could we didn't stop to ask if we should. And trust me, I get it, we live in a capitalist society so you either do things you don't like or you starve. It's hard to be choosy about your employer when you have mouths to feed; however, this doesn't make what we've allowed the internet to become acceptable.
The truth is we have the power to kill off the racist and the bigots websites. We can blackhole their DNS because we are the ones who run the routers for the ISP's, or perhaps maintain the servers that they host their things on. We just... don't, be it because the company values the money more then the morality (ask Airnet of Chattanooga the RNC's emails), or we just don't think we can do anything about it.
And it's sad, because we could start making some unifying statements on things we will and will not accept as a profession. We could stand up and say "No, not going to make software for ISE" or "No not going to help this marketing company", but because we lack that unity it doesn't happen.
"But," I hear you arguing, "Surely someone will offer their services and it will get accomplished" and yes sure that is definitely a possibility. But when you force something into the black market you also can make it prohibitively expensive to maintain or move around. We can as a group start saying "no" and we know because of study after study that shows again and again that if you kill these vile little racist, homophobic, and otherwise repulsive communities it will in fact start to silence them as a whole.
And yes, there is some argument to be made about free speech I suppose, but we aren't a government. If they want to lay the fiber and stand up their own little racist internet, I say let them. We have no obligation to keep them here, we aren't beholden to some holy free speech ideology. We could use the internet for a source of information and good rather then just another way for capitalism to hurt the poor.