You're not alone in feeling alone 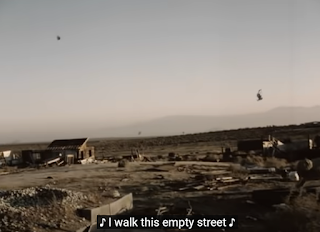 Over the last few months, this particular post has been brewing in my head more and more, the notion of being alone in a world of six billion individuals. It seems silly doesn't it? Well, I'm here to tell you that the answer to that is apparently, no not at all.

My sister is a therapist, I'm seeing a therapist and a psychotherapist, I dated a therapist for a little while. While none of them can discuss other patients for moral and ethical reasons, I haven't picked up on a trend from all of them. Every one is seeing the exact same pattern, people are alone and lonely. So no, worry not, it is not just you feeling isolated. In entirely separate and contextually isolated conversations each of them has mentioned in some form or fashion that patients are having a hard time maintaining friendships.

The answers as to why, on it's face, may seem obvious. The global pandemic these last few years has pressed us all to our breaking point. Even in places like my own home city, where the masking and isolation procedures were followed for all of maybe at best three months before people effectively gave up and resumed what they were doing, there is still an air of isolation to this day.

Part of it is the simple work from home strategy that you see with a lot of your IT / Desk jobs. The fact is that a bunch of companies realized that they could save a ton of money on commercial real estate, electricity, etc. by giving everyone a laptop, standing up a few SaaS solutions, and selling off all the buildings they were in.

Another part is the way America is built from the ground up. Every community in the US is effectively designed as this giant isolation box. Your average house has only one to five individuals, most people for one reason or another don't get out and interact with their neighbors. They travel via car for any amount of shopping, because there is no such thing as a 'local' market.

Now we add things like the internet, social media, and the near constant reminder that there are in fact other people out there who you just never see and never really get a chance to talk to and you're setting up a recipe for all manner of trouble.

And it's a trouble we're already seeing. They say that in every lie there is a kernel of truth, and so when I think about Jordan Peterson talking about incels and the like, I can't help but say "Yeah, no there are a bunch of lonely guys who probably aren't getting laid". That's the thing, we've even let our dating lives be turned into applications on our phone. No longer do you find someone at a community gathering point (like a church  / town center), instead you fish through this massive list of hyper customizable portraits and profiles attempting to find your perfect match.

It really shouldn't come as a shock to anyone the number of people that are having trouble with social skills. Modern society, at it's very core, doesn't really value human interaction. Our cities are not designed for people to easily congregate and have conversations with each other [Source]. Our jobs no longer keep us all in one location. Even our schools now do more then a fair share of their teaching in the living room.

And now why even go to the grocery store? You can just have that delivered to your house by an amazon driver who spends their day dropping things off at the houses of people that never greet them, not because they don't want to talk, but because their job demands that they keep going, that stopping even for a moment is a loss in efficiency.

We live in a society that so prizes efficiency, it has in many ways divorced of us of the human condition. Sometimes, you have to remember where you came from. I talked about it briefly in the piece on the state of modern day religion and how on every front it is effectively collapsing. I also mentioned how frustrating it was for me to see Atheist downplaying the role of religion in the lives of people.

I'm not saying you need to pick up a belief in God, or gods, but you should probably understand that while people handed the management of resources to government structures, they also handed the management of human relationships to religion. That's what a church is, bringing disparate groups together through a shared foundational belief and attempting to preach stories in one form or another to remind those people that they are ultimately the same.

Dunbar covers the role religion likely had in shaping the human psyche. That it develops along side human tribes as we start reaching numbers that the brain can't really handle (That famous number he developed previously). So to keep things on track, you have this development of religion so that a lot of those primate social habits can reshape themselves to the larger tribe life.

Grooming becomes dancing, etc. And while the theory of the "Lizard Brain" has largely been debunked by modern neuroscience. BUT, we are still primates, much like most of our animal kingdom cousins, and there are some things we can see in their behavior patterns that help us realize what's going on in our society.

Our brains are larger, more complex, but there are some core instincts in there. One of which being our need for community, for touch. That's right, touch. Dunbar theorizes in his piece that touch or grooming was ultimately replaced by things like song and dance. Because the social structure had become too large for every member of the tribe to groom each other, it gave way to other social behaviors like the dance. It's probably part of why song is one of the quickest ways to spur on the emotional parts of our brain.

Now there is a ton of talk of "returning to the basics" out and about these days. Be it conversations about diet or notions of getting 'off the grid'. And while I can certainly see the appeal of such a thing, I think it key to remember there are advantages to our large scale global community. From Scientific research to explore and seek out further things.

I say this all to say, if you are feeling alone, if you are feeling sad, know that you are not alone. It's more then voices on the internet telling you hello or goodbye, there's more then likely dozens if not hundreds of people in your city who share common interest who are just as isolated and alone and unsure of what to do about it as you are.

But meeting those people can absolutely be difficult. Hell it's difficult to go to the store for basic supplies unless you have a car in most US cities and states. More then that, it makes us incredibly vulnerable to open up to new friends, to say hello and begin really getting to know someone. But without those meaningful relationships your mental health will suffer.

We are a social creature, we need other humans, to talk, to touch. Fuck it, hug your bros. Screw toxic masculinity and this fear that touching another man somehow makes you gay. The brain likes to touch (with consent mind you, I know some of you incels out there will need help with that one). It likes to hold. It likes to be held, it likes to be pet.

The thing is, if we want society to feel less fractured and isolated, we're going to have to start building a place that is actually conducive to that kind of environment. While, as pointed out by one of the earlier research papers, the mega metropolises can have just as much a negative impact by putting too many people in one spot, so too can being spread out into single family homes be harmful to overall mental health.

We've gotta stop building suburbs and start building more communes. We need less roads and more parks. We need less work and more time to simply spend with each other. We are not machines, we are just people, like anyone else.

So what do you do in the meantime? I don't know. It's something I myself am struggling with. I thought, for me, going to furry conventions would help satisfy that need, but ultimately going to things like FWA I felt overwhelmed and more alone. I thought if I fursuited at conventions it would make things easier somehow, but I'll  tell you the truth, that method clearly has not worked for me.

But if we keep trying the same thing, we're ultimately going to hit a wall. So, how about you neighbor? You want to be a friend?